From ‘996’, ‘Involution’, to ‘Lying Flat’: The Classed Discourse of Overwork and Over-Competition in High-Speed China

Since early 2019, a series of buzzwords which signify an increasing degree of overwork, competition and acceleration of life have gained popularity in Chinese cyberspace. The first one ‘996’ stemmed from the meme ‘996.ICU’ (see figure 1) which was coined by an anonymous user of GitHub, a Microsoft-owned code-sharing online community with more than 20 million users, (Li, 2019). It points to IT workers’ growing resentment against exceedingly long working hours – 9 am to 9 pm, six days a week. According to media coverage (Yi, 2020), Chinese IT workers were even placed under close surveillance with regard to their toilet break time, reminding one of sweatshop factories. Ironically, Chinese digital giants such as Alibaba and Tik Tok have also been called ‘Internet big factories’ (互联网大厂) in Chinese internet discourses. 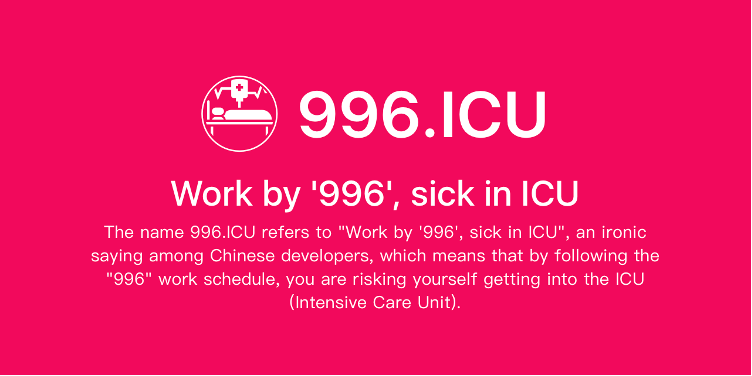 Although the ‘996’ initially referred to the work schedule of the IT industry, the term was quickly embraced by many Chinese internet users to describe various kinds of office work such as PR and advertising. Half-jokingly, some claimed that their work schedule was even ‘007’ (literally working around the clock). These two terms reflect the broad trend that the saturation of digital media has confounded the distinction between work and leisure, the public and the private, between ‘work time’ and ‘my time’ (Wajcman, 2015, pp. 168–170). Yet, what has driven people to work around the clock? For many Chinese youngsters, the answer is ‘involution’ (内卷, neijuan), a widespread buzzword since 2020.  ‘Involution’ was initially an academic term to theorize the agricultural development in some Asian countries that is characterized by economic stagnancy despite increasing sophistication and intensity (e.g. Geertz, 1963). Having been popularized in Chinese cyberspace, the term refers to a situation where people feel compelled to compete with each other for limited resources and opportunities within a field – yet the more effort one makes (by working ‘996’ or ‘007’ for example), the less benefit one will gain from the extra effort. The kind of vicious competition signified by the buzzword results from both the possibility (and thus the necessity) to work around the clock and the devaluation of labour (Kenney & Zysman, 2019) in digital capitalism. 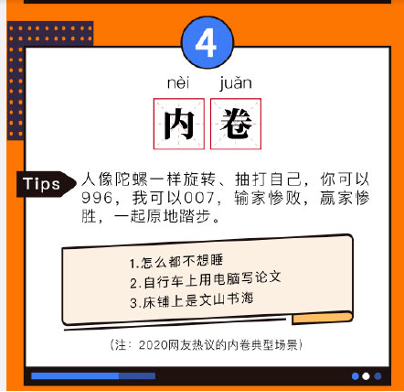 Figure 2: A meme of ‘involution’ (neijuan)

How to break away from the involution then? ‘Lying flat’ (躺平, tangping). A buzzword in 2021, ‘lying flat’ can be compared with the notion of ‘NEET’ (not in education, employment or training) in English. However, the buzzword ‘lying flat’ carries a more carnivalesque tone typical of Chinese online wordplay (Huang, 2018, 2021). One of the most widespread memes that embodies the spirit of ‘lying flat’ is shown in figure 3. The meme is adapted from a hilarious character in China’s first sitcom I Love My Family (dir. Ying, 1994): he is depicted as lazy, poor and shaggy; and the most iconic scene is he lying flat on the sofa (see figure 4), saying ‘I am almost a wasted person’ (the caption in figure 3). Various memes have been created around the theme of ‘lying flat’, generating the so-called ‘Lying flat-ism’ (躺平主义). These memes are intertextual with the buzzword ‘involution’, such as the one shown in figure 5 captioned as ‘I’m lying flat. You feel free (to continue involuting)’. 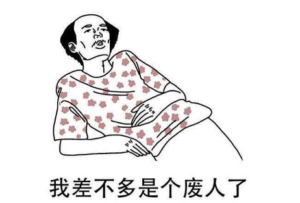 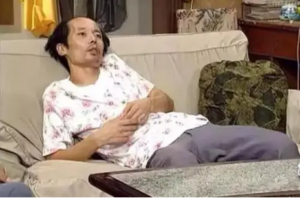 Figures 3 and 4: The meme ‘I’m almost a wasted person’ and its original scene in the Chinese sitcom I Love My Family (dir. Ying, 1994) 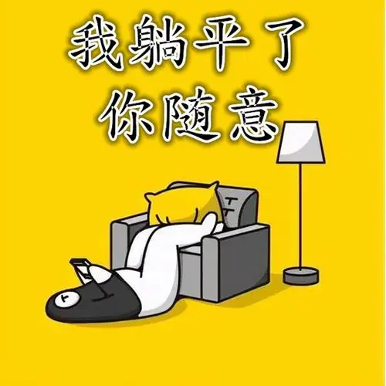 From ‘996’, ‘involution’ to ‘lying flat’, these buzzwords and memes appear to symbolize Chinese internet users’ increasing awareness of and resistance against overwork, vicious competition and the acceleration of life at a time when digital capitalism has increasingly penetrated people’s life. However, as the author argues elsewhere (Huang, 2018, 2021), Chinese online wordplay entails multiple layers of ambivalences, one of which is related to class. The discursive practices of discussing overwork in high-speed China and imagining the coping strategies in a carnivalesque manner are oriented towards young urbanites who are relatively well educated and media savvy. In fact, the ‘996’ work schedule applies more to white-collar workers than rural migrant workers, who mainly constitute the working class in contemporary China. Starting much earlier than 9 am each day, the latter have long been working overtime as factory assembly-line workers unprotected by the labour law and now increasingly as food delivery and courier workers to sustain China’s booming digital economy. Nonetheless, their working conditions have rarely been represented in the mainstream Chinese internet discourse. In fact, the food delivery service may be one of the one most ‘involuting’ industries as platformization turns its workers increasingly precarious and to compete with each other (Prassl, 2018). The Chinese historian Wang Hui (2014) observes that two types of ‘new poor’ exist in contemporary China: new workers and the urban new poor. ‘New workers’ refer to those migrant manual workers who mostly from China’s rural areas and whose are different from those of the comparatively empowered ‘old’ workers in the Mao era. The urban ‘new poor’ comprises an urban population with high education and yet an inadequate capability of consumption due to their lack of disposable income. He observes that the ‘highly educated new poor, albeit do pay attention to social changes and express consciousness of political participation, rarely relate their thoughts and fate to the future of the other new poor – new workers’ (Wang, 2014).

In her book Pressed for Time. The Acceleration of Life in Digital Capitalism, Judy Wajcman (2015) argues that a dialectic between fast and slow and the ‘simultaneous coexistence of multiple temporalities characterize the experience of modernity’ (p.176). This short paper on the one hand illustrates that a slow and somewhat passive lifestyle is now recognized by many young urbanites as a remedy to counteract overwork and over-competition in high-speed China where digital market economy prevails. On the one hand, the coexisted multiple temporalities are unevenly represented and this co-existence can be concealed by a kind of popular discourse that both emphasizes the conditions of postmodernity – high speed, acceleration, ‘timeless time’ – and features ambiguities, assemblage and self-deprecation.

Yanning Huang is an assistant professor in Communication Studies at the Department of Media and Communication, Xi’an Jiaotong-Liverpool University. He obtained his PhD from the London School of Economics and Political Science (LSE). His doctoral thesis focuses on the gender and class dimensions of Chinese internet buzzwords, exploring the different interpretations and uses of online buzzwords by youth of different social groups. His research interests include digital cultural studies, gender studies, rural-urban divide in China, discourse analysis, socio-linguistics, and environmental communication. He has published articles in both Western and Chinese peer-reviewed journals, such as Popular Communication, Cultural Studies, and Communication & Society (传播与社会学刊).

Contributed as part of Symposium: Making Sense of the High-Speed Society

Huang, Y. (2018). The politics of online wordplay: On the ambivalences of Chinese internet discourse [PhD thesis]. The London School of Economics and Political Science.

Li, X. (2019, June 18). The 996.ICU Movement in China: Changing Employment Relations and Labour Agency in the Tech Industry. Made in China Journal. https://madeinchinajournal.com/2019/06/18/the-996-icu-movement-in-china-changing-employment-relations-and-labour-agency-in-the-tech-industry/

Prassl, J. (2018). Humans as a Service: The Promise and Perils of Work in the Gig Economy. Oxford University Press.

Wajcman, J. (2015). Pressed for Time. The Acceleration of Life in Digital Capitalism. University of Chicago Press.